Collaborating in Spatial Offers a Vision of Hands-on Teamwork

CES 2020 in January was a bit of a mixed bag when it came to virtual reality (VR) and augmented reality (AR) announcements. There were lots of interesting smaller updates and advancements but nothing like those from previous years – even Panasonic’s Eyeglasses weren’t that amazing. There were products which did catch VRFocus’ eye, one of them being Spatial, a mixed reality (MR) app designed for workplace collaboration. 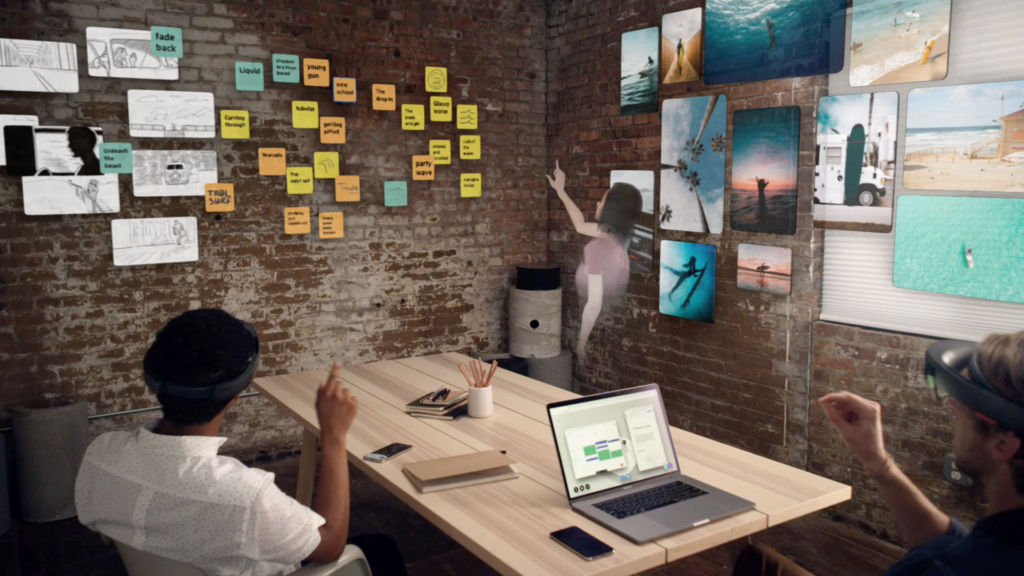 Spatial emerged from stealth almost two years ago, with a vision to make it easier for people to work together on projects wherever they are in the world as if they were in the same office together.

This has been made possible thanks to the likes of Microsoft’s HoloLens and Magic Leap 1, allowing digitised information to be overlaid on the real world. Spatial does support VR standalone headset Oculus Quest but that wasn’t available to demo, the HoloLens 2 on the other hand, was.

The software is all about versatility and ease of use, where users can place sticky notes on walls and import 3D models for others to examine and assess. Before any of that takes place a work environment wouldn’t feel very engaging or personal if you were represented as names or amorphous blobs. Spatial has managed to create an avatar system which creates a 3D representation of any user from a normal 2D photograph.

As you can see from the imagery the process works surprising well, creating an avatar that you can genuinely connect and have a conversation with. When VRFocus spoke with Spatial’s CEO and co-founder Anand Agarawala he noted that while eye tracking was currently supported if the hardware had the feature, the avatars could also support further facial movement like lips and eyebrows when the hardware catches up.

During the demo, Agarawala dropped a model of the Mars surface into the workspace, with any of the users able to spin or resize it, all in real-time and viewable by the group, not just them. This was certainly helped by the new hand gesture features of HoloLens 2, markedly improved over the previous model, making the interactions far more fluid and natural. HoloLens 2’s wider field of view (FoV) also made for comfortable viewing, taking in more of what was going on. If the FoV was narrower then it would be difficult to imagine Spatial having the same impact, its vision constrained by the hardware.

While the Mars model was out Spatial demonstrated some of the other tools users had access to. These included putting another model (a Mars rover) onto the surface then opening a painting/drawing tool for users to visually explain ideas and processes, in this case, a possible route for the rover to take. 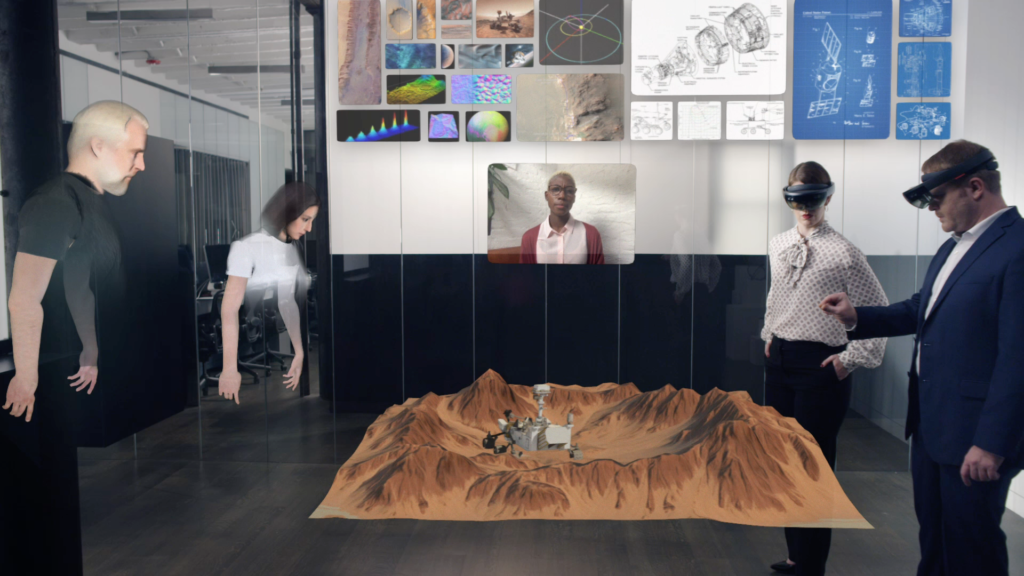 Because the system is designed to connect people worldwide – it supports Microsoft Meeting for example – as well as throwing in lots of 2D/3D data it was noticeable that a good WiFi connection was needed, as – no fault of Spatial – the hotel connection did introduce moments of lag which if presented in a work environment would hamper the experience.

Spatial has yet to be officially rolled out with a fully released product expected later this year. Enterprise customers interested can still access the app by contacting Spatial directly. The software provides a tantalising taste of what’s achievable in MR with current technology, with possibilities beyond merely office collaboration, stretching into education and more.