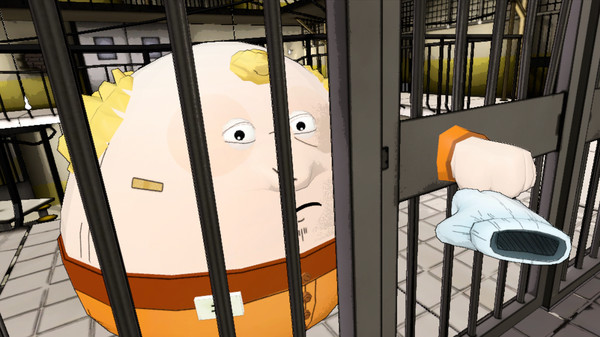 So you’ve gone and done something that the law doesn’t like and got yourself locked up. You can either just lay in the uncomfortable bed and try to sleep the hours away or use that time to be productive, and possibly get the respect of your fellow inmates.

As the name suggests, Prison Boss VR is all about becoming master of your own jail cell, crafting and trading to get what you want, when you want. With a single-player story mode set in four different prisons, there are 80 challenges to complete earning you reputation and cash, with which you can customise your cell and gain access to new equipment, thus taking on new jobs.

However, this is a prison after all and as an inmate you don’t have free rein to do whatever you so choose. You’ll need to keep an eye out for patrolling guards, hiding your carefully crafted things in furniture so they don’t take them away. If they do spot anything that’ll put an end to your activities.

In addition to the story mode players will also be able to unlock an Arcade Mode which challenges you with taking on task-after-task without being caught.

Prison Boss VR will be released for PlayStation VR next Tuesday 4th December. Check out Trebuchet’s new gameplay trailer below, and for any further updates, keep reading VRFocus.