When it comes to awesome immersive virtual reality (VR), one of the major factors VRFocus wants is freedom, complete wireless freedom to run around digital worlds to our heart’s content. And this is happening, not at lightning speed but it is still happening. But we’re not just talking about untethered headsets like Oculus Quest or HTC Vive Focus, it’s about freeing those last shackles like external sensors or tracking systems that lose a controller at a certain point. Which is where Finch Technologies comes in with its FinchShift controllers. 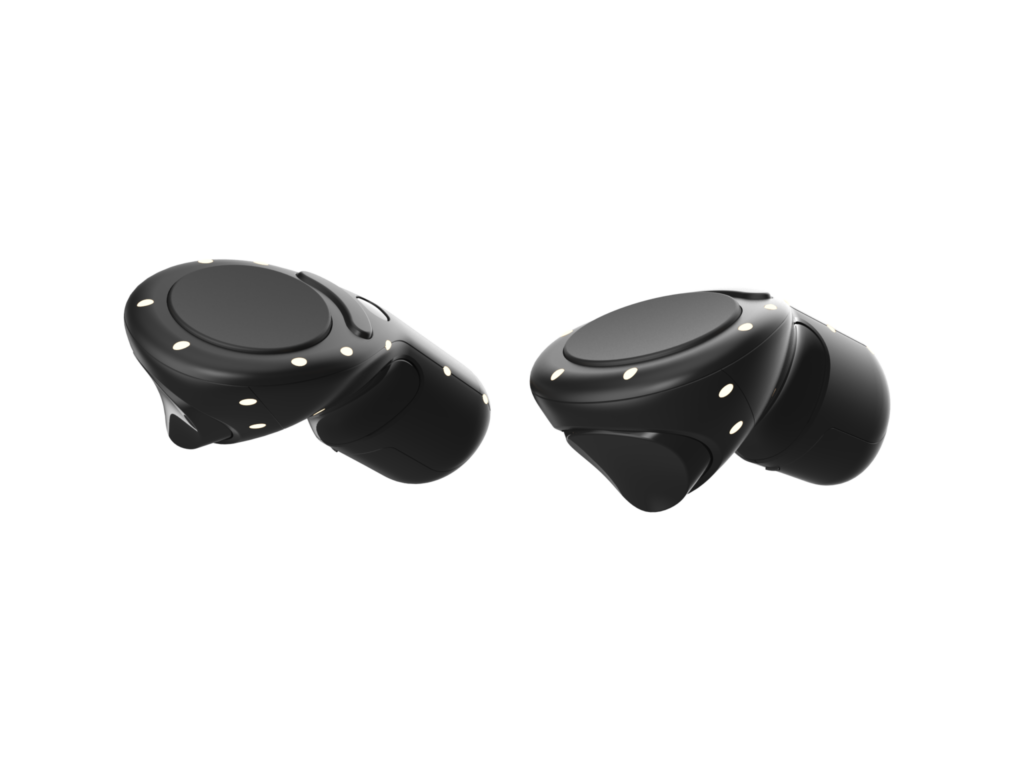 While tracking solutions like those found on Oculus Rift and HTC Vive are nice and accurate, you’re constrained to the room the sensors a located in. Which is why headsets like Windows Mixed Reality or Oculus Quest have inside-out tracking using cameras on the front to pinpoint where the controllers are and where the user is in the room (so you don’t bump into stuff). Again these have limits depending on where the lenses are and how many there are, so you might not be able to perform an action like grabbing an item from over your shoulder.

And what about devices like Oculus Go and Samsung Gear VR which don’t have any cameras on. They have 3 degrees of freedom (3DoF) control input, but that’s highly limiting when it comes to VR. During CES 2019 last week Finch Technologies showcased its solution, 6DoF, wireless controllers that don’t require additional cameras or wall mounted sensors.

This kind of feels like a fairy tale in its promise yet VRFocus found that the FinchShift controllers did exactly as described, supplying room-scale, 360-degree tracking with all the other fluff. This is achieved thanks to the latest IMU sensor technology by Bosch Sensortec. What this physically meant was a maximum of four parts to the entire system, depending on how much control you want. For example, the hand-controllers by themselves are in fact 3DoF, much like Oculus Go’s controller. The magic happens when users add the armband which also has the sensor tech inside. This instantly turns the 3DoF controller in 6DoF, on one arm, thusly for full immersive control, add another controller and armband – they’re actually called FinchTrackers – and you have full wireless freedom. 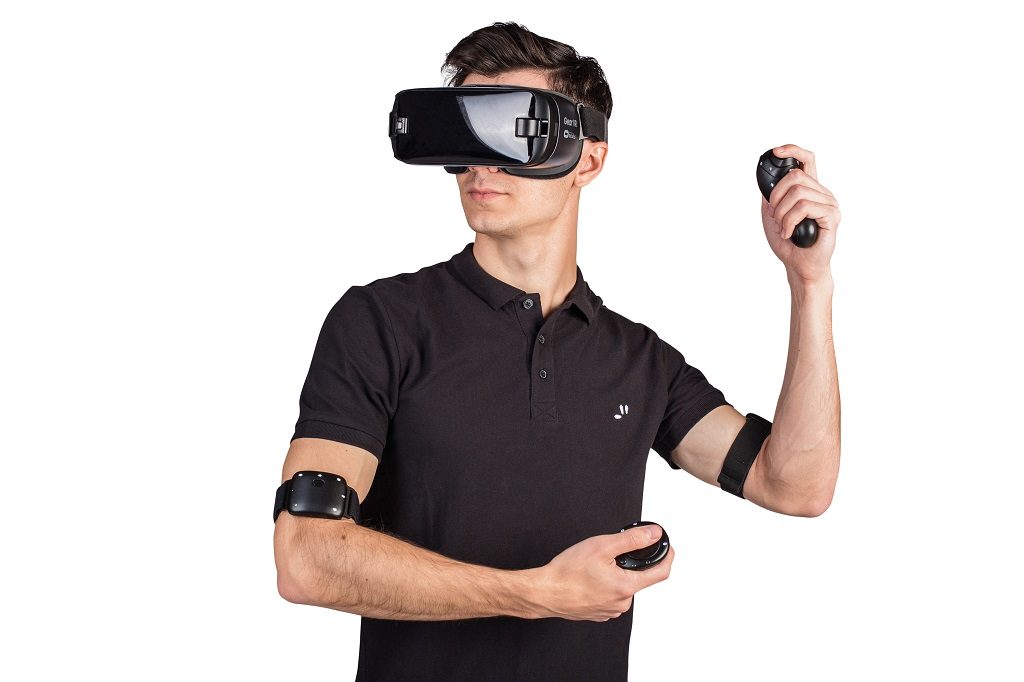 The demo Finch Technologies chose to use was very much like Fruit Ninja VR and incorporated the HTC Vive Focus, with a sword in one hand and a shield in the other, with the task being to slice up as many enemies as possible in the given time. Using all four units the system was calibrated by stretching your arms out straight and bring both controllers together.

The actual controllers themselves are very lightweight and comfortable to hold, with a really nice grip button nestled into the overall housing. The demo area was very small so swinging movements couldn’t be too outlandish. The videogame required a lot of very quick movements and while slower movements were accurately portrayed, there was some noticeable latency when wildly waving the sword around trying to hit a flurry of incoming opponents.

You may have also have noticed the white markers on each device. FinchShift actually has two calibration systems built in, the standard consumer version which VRFocus tried and found to be suitably accurate and then the enterprise-focused calibration which uses the markers. These are actually lights and can be used in conjunction with camera systems to fine tune the tracking calibration even further should a business need the increased accuracy for a particular use case. 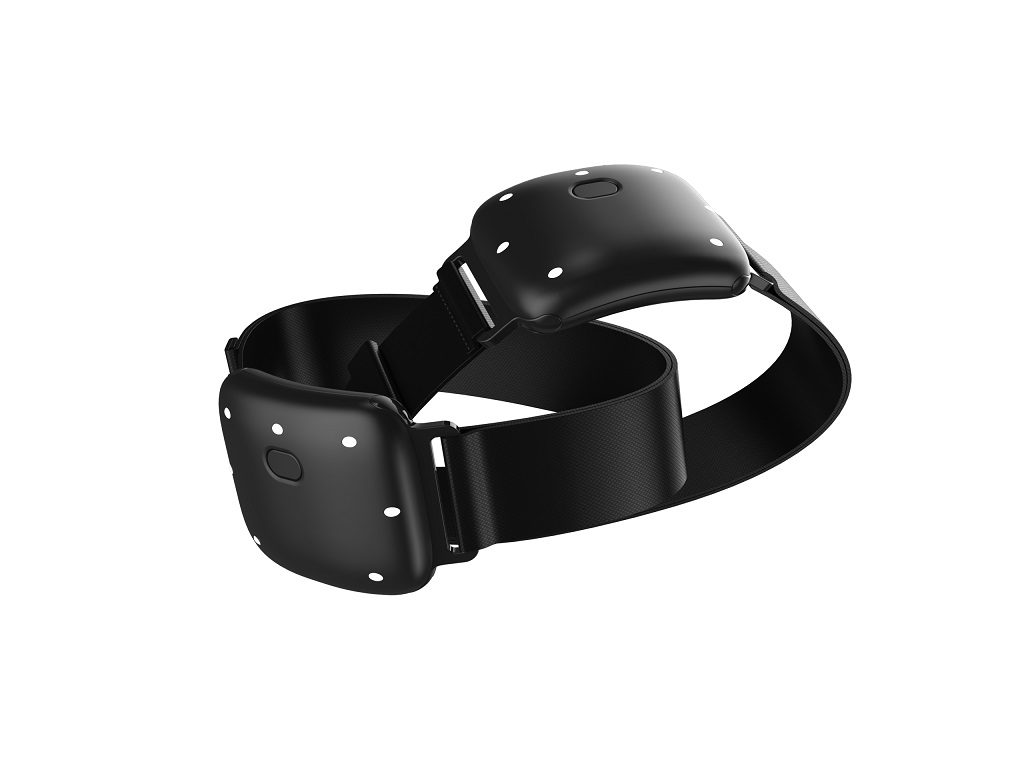 From what VRFocus saw of FinchShift and the FinchTrackers, it looks to be one of the best systems yet to provide out-of-the-box room-scale control for a wide variety of VR and non-VR systems. It’s not cheap, with a full set costing $249 to pre-order. Yet new tech like this never is. It does on the other hand showcase what’s possible and what we all could be using in the next few years.