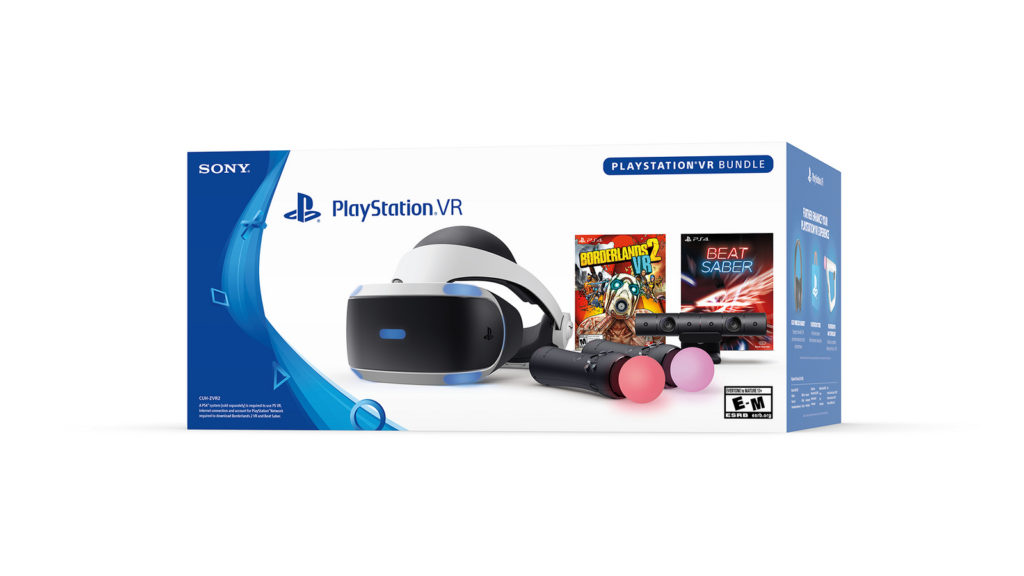 The PlayStation VR Borderlands 2 VR and Beat Saber Bundle hits store shelves in the US and Canada (sorry Europe) on 14th December – the same day Borderlands 2 VR comes out – offering gamers an all in one solution to enjoy some virtual reality (VR) gaming over the festive season. 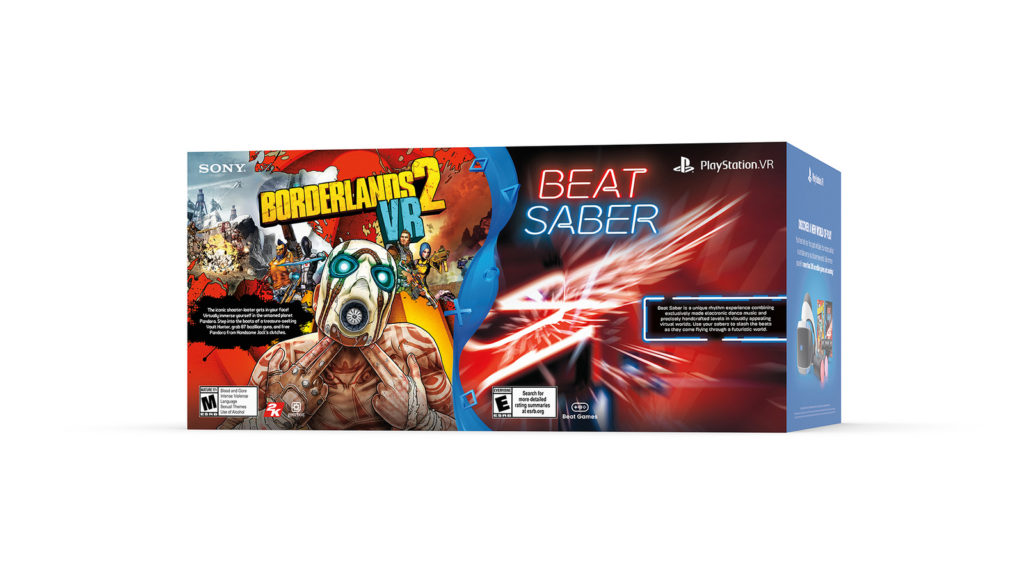 The standard version may already be a few years old, but just like Bethesda did last year with The Elder Scrolls V: Skyrim VR, Gearbox Software’s Borderlands 2 VR is looking to be the major release of the season for PlayStation VR. The new VR version features the original characters as well as adding new options including reworked skill trees that keep the single-player VR focus in mind and new features that play off the VR environment, such as “BAMF Time” – BadAss Mega Fun Time – which is Borderlands’ own take bullet-time from The Matrix films.

Beat Saber, on the other hand, is already going strong on PlayStation VR after arriving last week. The rhythm action title has become quite the VR sensation since its original PC launch earlier this year, where players have to slice blocks with light sabres in time with the music. Not only is it fun it can be quite an energetic workout.

Should SIE decide to release the bundle in other regions, VRFocus will let you know.