So much has been written about Beat Games phenomenally popular rhythm-action title Beat Saber that it almost seemed pointless writing a review. But VRFocus only writes reviews for fully released virtual reality (VR) experiences and Beat Saber has been an Early Access title all this time. With the addition of new features as well as support for Oculus Quest all arriving at the same time, it seemed only right to go in-depth and finally give this sucker a score. 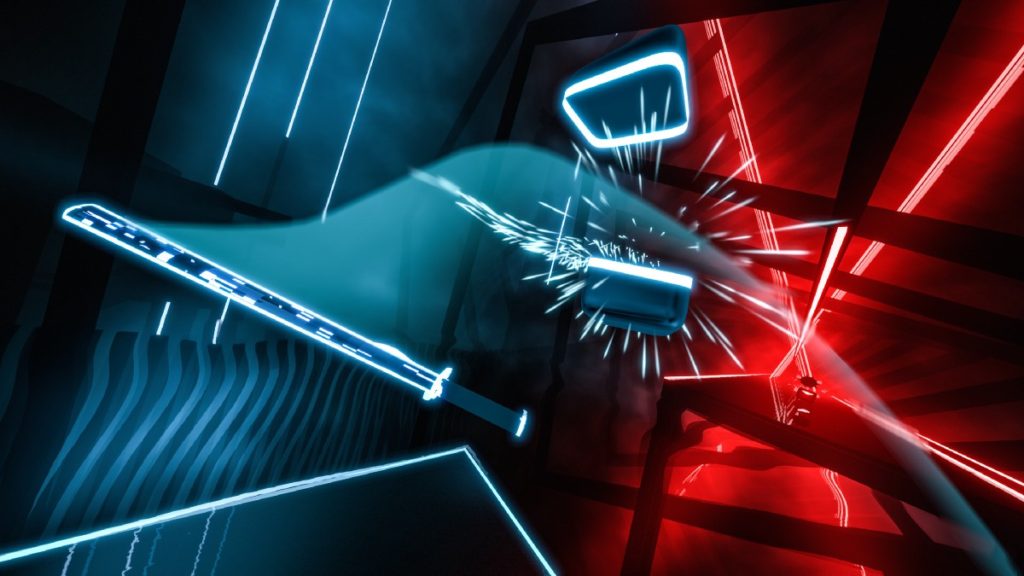 Beat Saber needs no introductions, it stormed onto Oculus Rift and HTC Vive last year, and has dominated the sales charts for PlayStation VR. Who would have thought slashing coloured blocks with glowing sabers in time to electronic music could be so addictive, instantly evoking that ‘one more go’ idiom that defines great videogames that you just can’t put down.

Maybe it’s the simplicity of the gameplay which means anyone can pick it up and instantly know how to play without the barrier of complicated controls. Or the fact that while the beginner difficulties reel you in making you think you’ve got the skills, jumping up to Expert or Expert+ suddenly unleashes a whole new world of pain and challenge that’s both highly frustrating and electrifying at the same time – the latter especially when you complete a song for the first time.

Alongside gameplay for this type of videogame you need some decent tunes. Now the base selection of songs isn’t particularly expansive both in quantity and genre – you definitely need to like electronic music – but there’s enough for a good few hours thanks to the difficulty options. Additional music pack DLC is already available (at a price) should the need arise.

The big feature, however, is the addition of a level editor. Previously, an unofficial modding community arose to add more songs because players were limited to the early access selection of songs. Now you can make your own to whatever song in any type of genre you so please. The level editor is purely PC only and can only be used outside of VR, with an extensive list of options. You have full control over the environment using a 2D UI menu system, allowing placement of not only the cubes/arrow direction, bombs and obstacles, but also the lighting and other effects all going on around.

It’s great to have the Level Editor finally available, opening far more gameplay opportunities. Countless hours can be spent tweaking and fine-tuning each song to perfection. However, the menu system is a little finicky and the graphics settings in the main VR portion need to be set up correctly to view the level editor properly. The main issue, however, is that Beat Games seem to have completely omitted any sort of guide on how to use the myriad of options available. This will likely change in time but at present, you need to work it out yourself.

Back in the core experience there are also plenty of options to mix up the gameplay and offer even more entertainment. Aside from the main ‘Solo’ mode, there’s a campaign to work through offering a selection of challenges, and a party mode for when you have mates over, swapping the headset in between to compete for highscores. Other options include switching certain features on or off to increase or decrease the multiplier, such as fading arrows, increasing the speed of the tune or using only one saber. 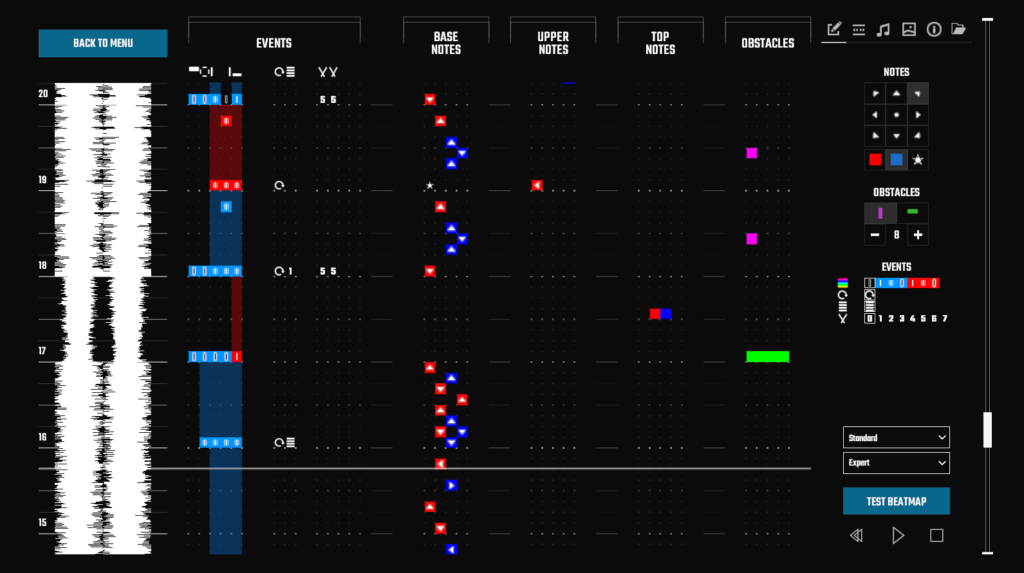 While most of this review has concentrated on the Oculus Rift version (not Rift S), VRFocus did want to mention the Oculus Quest edition. This is a leaner cut back version with the biggest difference being the visuals. Beat Games has made some noticeable cutbacks due to the processing power of the standalone headset yet retained the core essence of the gameplay. There’s no level editor so you have to be content with the official selection of tunes. The biggest surprise is how well the tracking holds up for such a fast-paced videogame. On the higher difficulty settings when the controllers are at the extreme lift or right there’s the occasional twitch which could cost a break in the multiplier if you’re unlucky.

The Oculus Rift version is as good as ever and now offers even more value for money thanks to the new features, it is a little shame that there’s no cross-buy support for Oculus Quest. And as for the mobile version, there’s a reason why Beat Saber made VRFocus’  ‘Top 10 List’ for launch day purchases as you can now take Beat Saber with you anywhere. Either version of Beat Saber is great for new and veteran VR fans alike, and VRFocus’ score applies to both.