VR Continues to Maximise the Power of Crowd-Funding in 2019

When it comes to virtual reality (VR) and crowd-funding the pair have had a long history, you could almost say Kickstarter helped birth the current VR trend thanks to Oculus’ campaign in 2012. Since then that partnership has continued (for better or worse), with both hardware and software companies alike utilising this modern funding method to make projects a reality. While not all campaigns to raise money are successful, 2019 seems to have been a boon year with a significant amount of projects sailing past their targets.

Over the last nine months, VR teams have sought to fund various sized campaigns and for different reasons. It’s not all about raising enough capital to get an idea off the ground anymore, a campaign with a couple of paragraphs and someone’s zeal to secure £50,000 isn’t going to get very far. They need planning, lots of info, with the most successful generally having some sort of history which proves its not a fly by night venture.

So VRFocus is taking a look at some of the projects which have really caught our eye this year, especially noting the influx of campaign over the summer.

A VR videogame by Japanese developer Amata K.K., Last Labyrinth is an escape room experience for multiple VR headsets. This was one of those projects that wasn’t looking for funding development – it had begun in 2016 – using both the money raised and the Kickstarter itself as promotion for the videogame.

Successfully hitting its ¥2,000,000 (£13,965 GBP) target, Last Labyrinth has had a couple of delays in 2019, moving from a Spring to Summer then Fall launch window. That seems to be the last of the hiccups as a worldwide launch will take place on 13th November 2019 for Oculus Rift/ Rift S, Oculus Quest, HTC Vive/Vive Pro, Windows Mixed Reality and PlayStation VR devices.

A VR locomotion system designed to mimic a natural walking motion whilst seated, Cybershoes launched its first crowd-funding campaign via Kickstarter in 2018. On the back of that success, the company headed over to Indiegogo for another chance to raise more money. 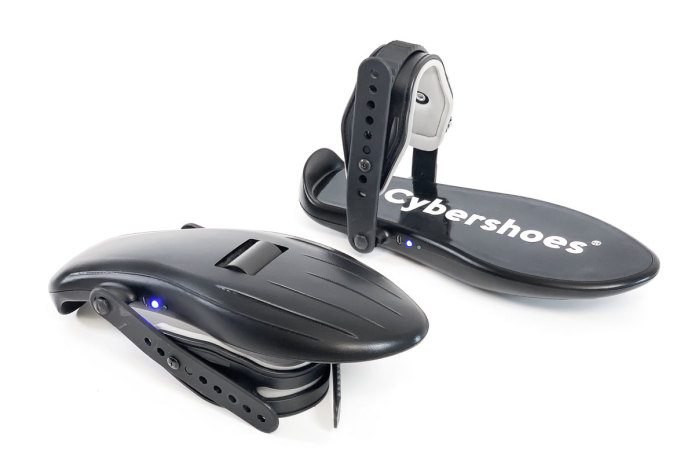 The biggest VR crowd-funding campaign of the year so far on Kickstarter was Cyan’s Firmament. The developer famous for videogames like Myst, Riven and most recently Obduction, this next project was a big endeavour.

A story-driven experience with steampunk aesthetics, Firmament needed to raise a rather substantial $1.3 million in 30 days. Proving that even big figures are achievable when correctly approached, the campaign managed to secure $1,433,161, with a delivery date still expected around July 2020.

Back on the VR hardware, Feelreal Inc. wants to make VR immersion even more realistic with this add-on peripheral. Having run an unsuccessful Kickstarter campaign back in 2015, Feelreal returned this year looking to raise $20,000, managing to achieve $140,794 in the process.

A device which attaches to VR headsets, the Feelreal Mask is capable of generating various scents, water mist, cool/warm wind, vibration and punches. Shipments to backers were supposed to start in August but there has been a delay. Let’s just hope it not the sort of delay which has plagued previous hardware stories. 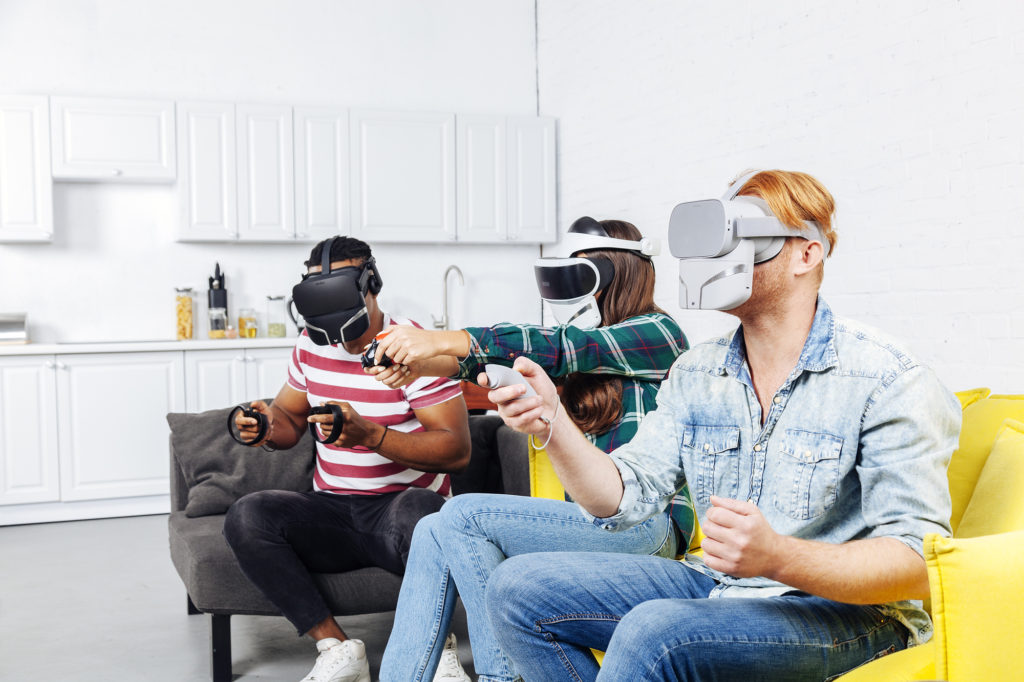 The first of the summer slew of Kickstarter campaigns, Zenith is the brainchild of indie studio Ramen VR, a cyberpunk MMORPG inspired by anime and JRPG classics. A title which has some very big ideas for a new studio, the videogame promises players a world where they will be able to fight, craft, and explore to their heart’s content.

Only looking to raise $25,000 for such an expansive undertaking, the campaign managed to hit that in under four hours and it’s actually still ongoing. With another 15 days to go, Zenith currently sits on a funding pot of just over $211,000 (£171,000). Thanks to this success Zenith has unlocked six of its seven stretch goals with the final $250,000 Level Editor looking within reach. There’s still a way to go, with a launch date pencilled in for August 2020 currently.

Another company coming back to Kickstarter looking for more success, VRGO held a Kickstarter for its VRGO Chair in 2015 which went well. This year it’s the turn of VRGO Mini, a more consumer-friendly version of the original chair, designed to facilitate comfortable locomotion in VR.

As mentioned, this is a company with history which makes for a safer bet when crowd-funding. Using most of the tech from VRGO Chair, the VRGO Mini is designed to be used on chairs/sofas and other seats. With a funding target of £20,000, that was easily achieved and just like Zenith still has time to spare to raise even more money. With the VRGO Chair still on sale, a launch goal of March 2020 for VRGO Mini is a likely bet.

Cyan’s Firmament has so far raised the most cash but Woojer’s current campaign is on track to be the most successful when it comes to target and amount raised. It’s two haptic products in one campaign the Woojer Vest Edge and Woojer Strap Edge, designed to let you feel sound.

Not solely designed for VR as they have multiple use cases, the two devices are an immersion aid – especially the Vest Edge – when playing all manner of VR titles, ideally for rhythm action videogames like Beat Saber. Initially aiming to raise $20,000, the campaign has skyrocketed currently sitting at just over $1.2 million with a month still to go. Needless to say, with over 7,000 backers, Woojer has hit the jackpot with most going for the budget-friendly Strap Edge. 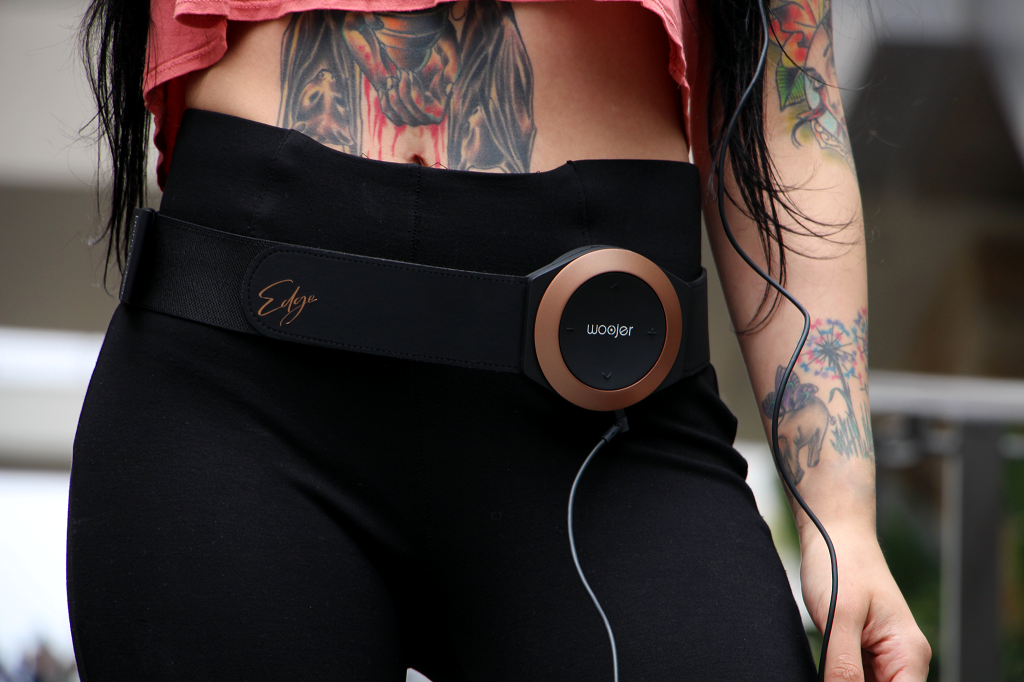 The most recent entry, Low-Fi is another experience from an established team. Created by Iris VR (the team behind Technolust) is another big sprawling adventure, this time set in a far-flung dystopian future. You play a police officer tasked with patrolling the street and skies of crime-ridden city-block 303.

The Kickstarter campaign only started on 3rd September looking to hit $60,000 CAD over 30 days and managed that in under four days. Such was the success the team reworked all of its stretch goals, lowering the targets for platforms like PlayStation VR and Oculus Quest. It’s still too early to tell how successful Low-FI will be but there’s no distracting from its ambition. 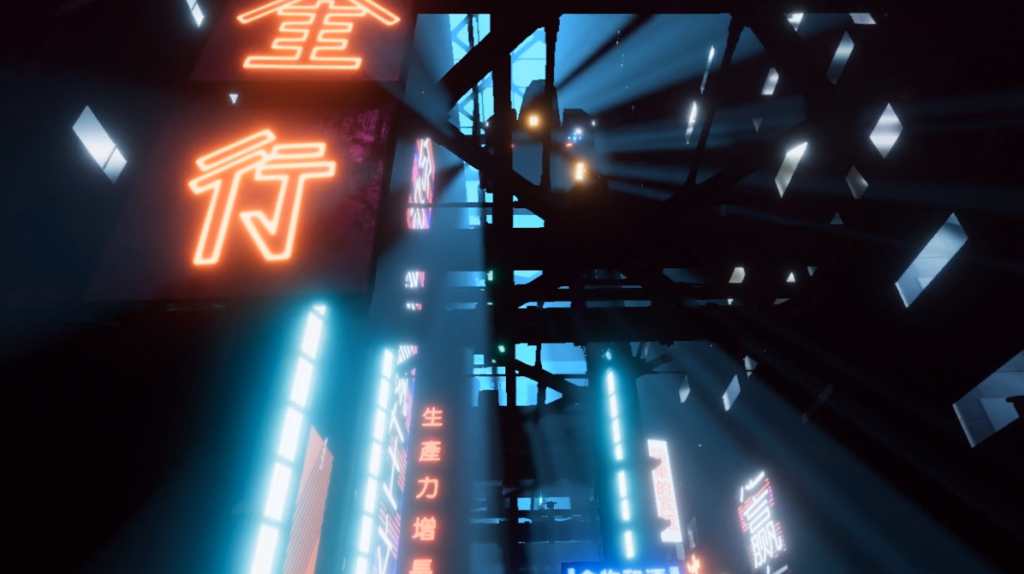